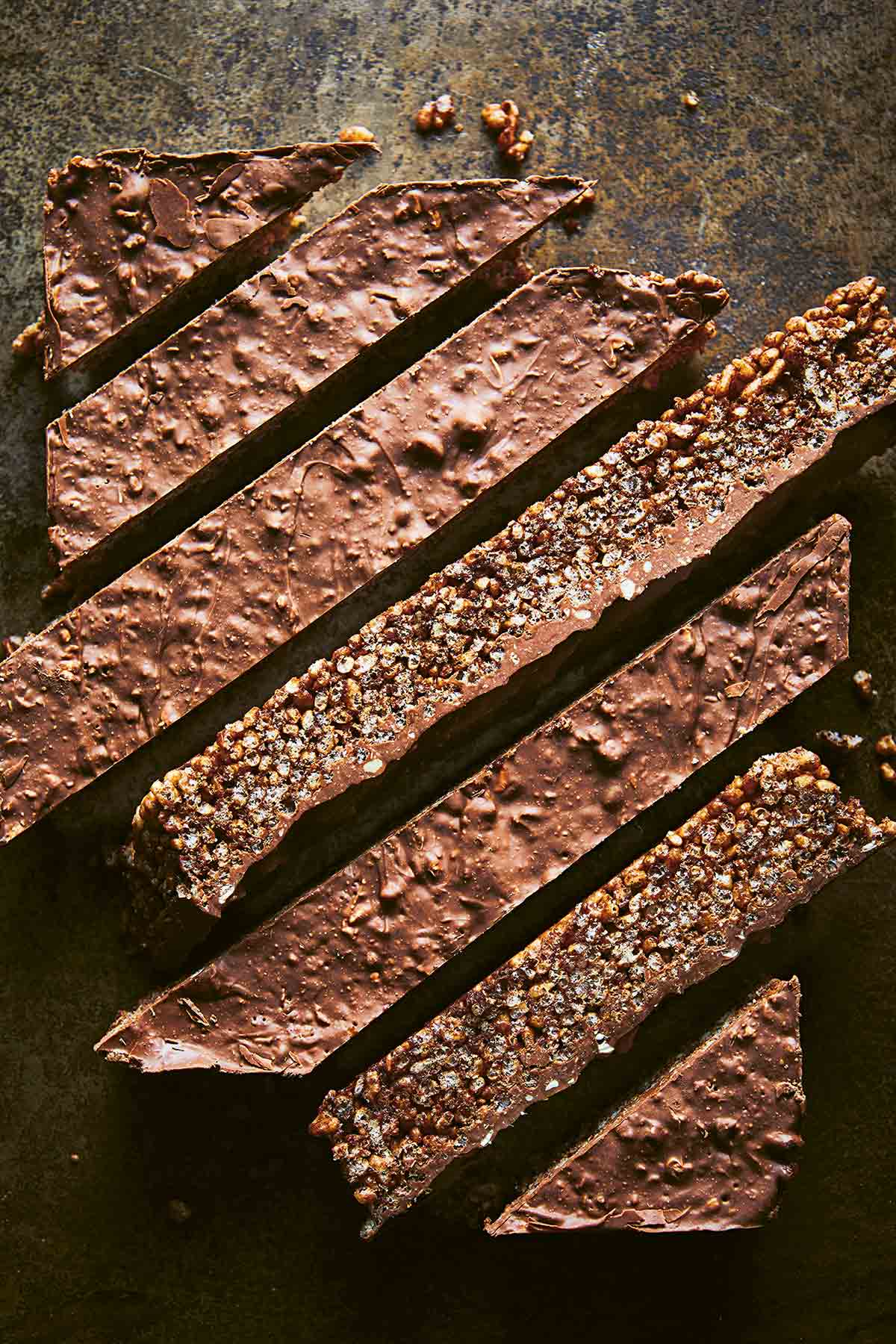 These Toblerone Rice Krispies treats are a gussied-up version of the childhood classic that incorporates two types of chocolate into the rice cereal and marshmallow snack bars.

A kid classic that’s been gussied up with Toblerone, another classic. The chocolate is infused with almond and nougat, which makes for a slightly crunchier, slightly more caramel-inflected treat, which in turn makes them even more irresistible. As if that was even possible. (Yes, trust us, it is.)–Renee Schettler

Toblerone is a Swiss confection made of chocolate infused with almond, honey, and nougat. It was patented in 1909 and has remained popular throughout most of the world since then.

Where can I find Toblerone?

Toblerone can be found in the candy aisle of some but not all grocery stores, drug stores, and specialty food stores, including some European bakeries and delis that stock lovelies from abroad. Our recipe testers also found Toblerone at duty-free boutiques at airports, Costco, and Wegmans. It’s available at Amazon though at a rather steep markup.

In a large saucepan over low heat, melt the marshmallows, butter, and Toblerone dark chocolate, stirring frequently, until melted and completely combined.

Got kids? Bring ‘em in the kitchen. They love breaking off the triangles and counting the marshmallows.

Working quickly, stir in the rice cereal and then spoon the mixture into the parchment-lined dish. Flatten with the back of a spoon to form a compact and even layer. Slide the dish in the fridge for 1 hour.

In a heatproof bowl set over (but not touching) a pan of barely simmering water, melt the Toblerone milk chocolate, making sure the bowl doesn’t touch the water. Pour evenly over the chilled cereal mixture and smooth with the back of a spoon.

If you like a little salty with your sweet, sprinkle some sea salt flakes over the chocolate before refrigerating.

Cover the pan with plastic wrap and return to the fridge until completely set, 1 1/2 to 2 hours.

Thinly slice into bars and devour. Note that these are a little more crumbly than a traditional rice krispies treat, so keep a napkin or plate nearby while noshing. (You can cover and keep these at room temperature for up to a week…although good luck getting them to last that long.)